Note: Reaching a global warming level means the global mean surface temperature (GMST) is steadily at or near that level relative to the baseline (reference period) chosen to represent the pre-industrial climate: 1850–1900.

Rainfall change is reported between the recent baseline of 1986–2005 to the future period when the world reaches the warming level. This recent baseline is used for relevance to our recent experience. Change in average rainfall is reported - not changes in rainfall extremes, which can be different from the change in the average.

The global average precipitation is projected to increase in a warmer world. But the likely change is very different in different parts of the world, from decrease, little change to increase. Changes are strongly related to the change in atmospheric circulation and weather patterns. There is also a range of plausible change currently assessed from various lines of evidence, and there is not a strong consensus between different climate models in most places - but several notable cases where there is strong agreement such as southwest Australia. 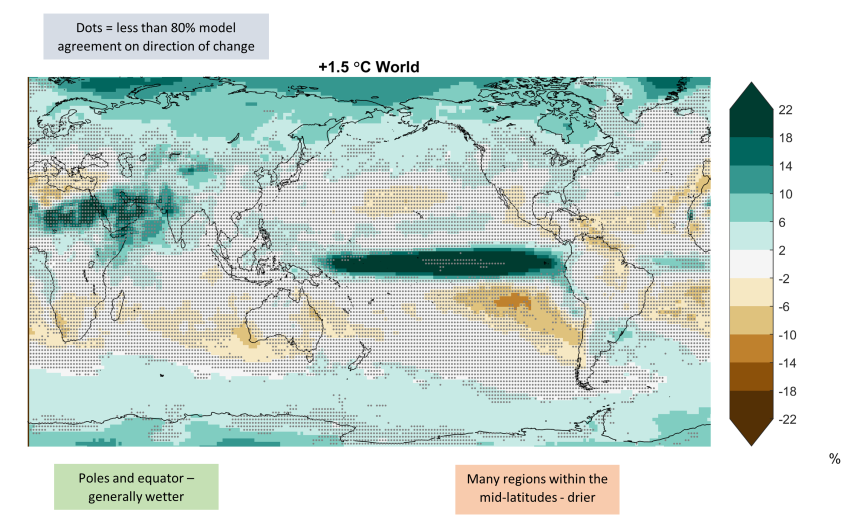 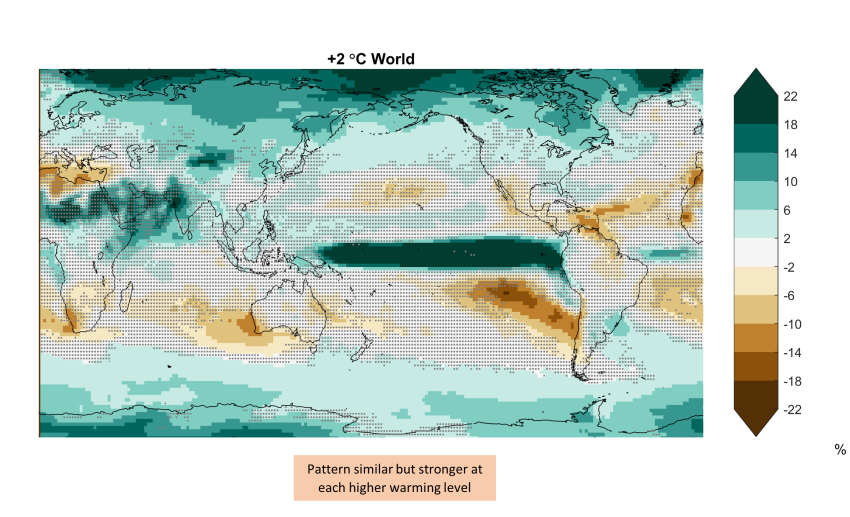 From the 1986–2005 baseline to the future time when the world reaches each warming level, the central estimate projection is: 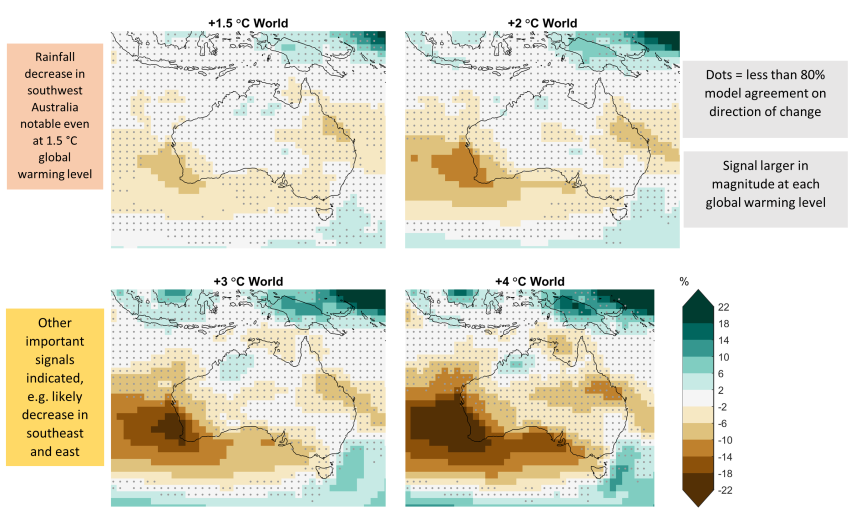 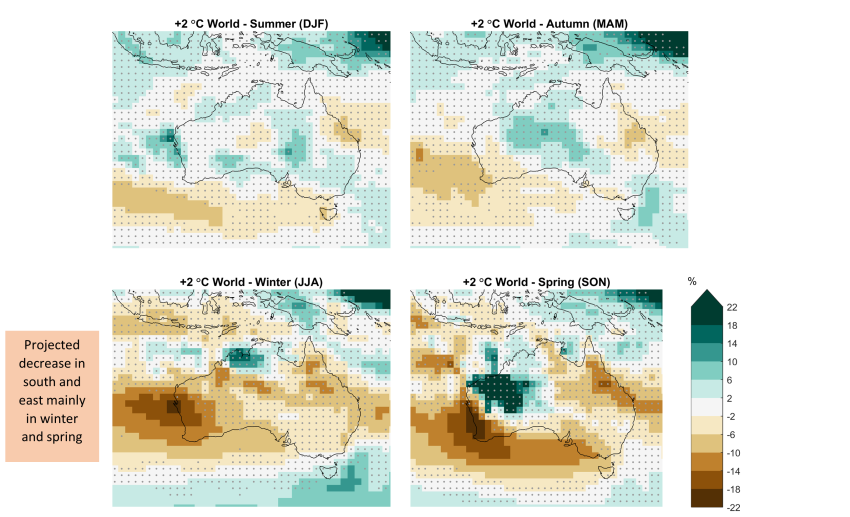 Note: Northern and much of central Australia are seasonally dry in winter (JJA) and spring (SON), so % changes are relative to a small amount.

Ranges of change by region

The maps above show the central estimate (model average), with agreement among models shown using dots. Area-average rainfall change shown as a bar chart for each region shows the range of model results more clearly. Australian rainfall is very different in different parts of the country, so here we report the state and territory averages,  but also results by four key regions based on climatological boundaries: the ‘super-cluster regions’ see Super-Clusters , (broadly consistent with IPCC ‘reference regions’ see this scientific paper, new window): 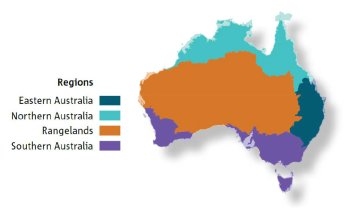 All bar plots show rainfall change (%) annually and for calendar seasons from the 1986–2005 baseline to the future period when the world reaches each warming level, bars show the 10-90% of model range and dark line shows the median. 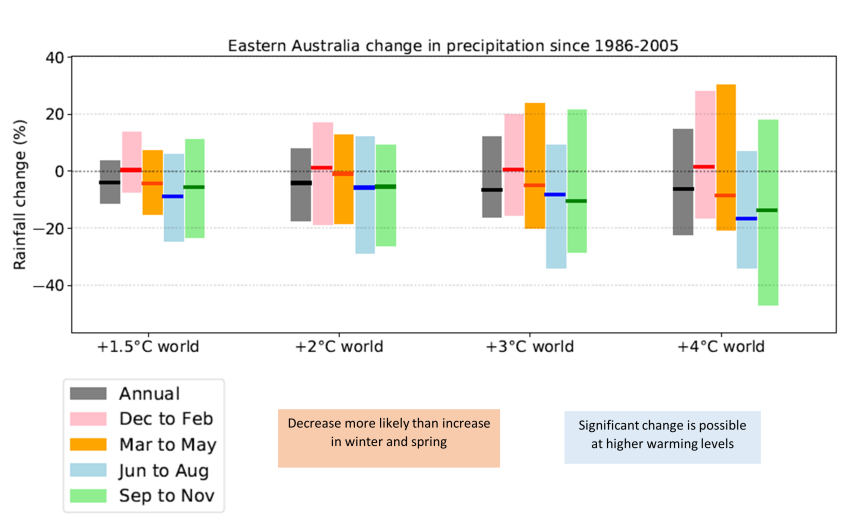 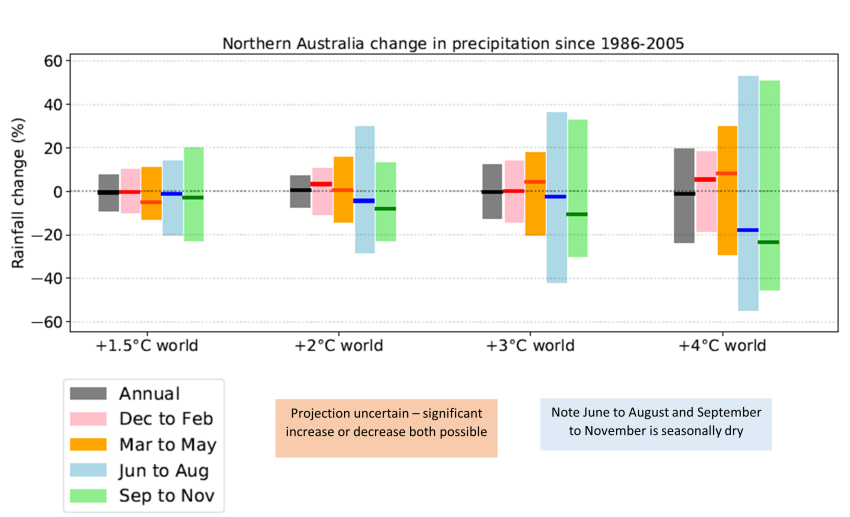 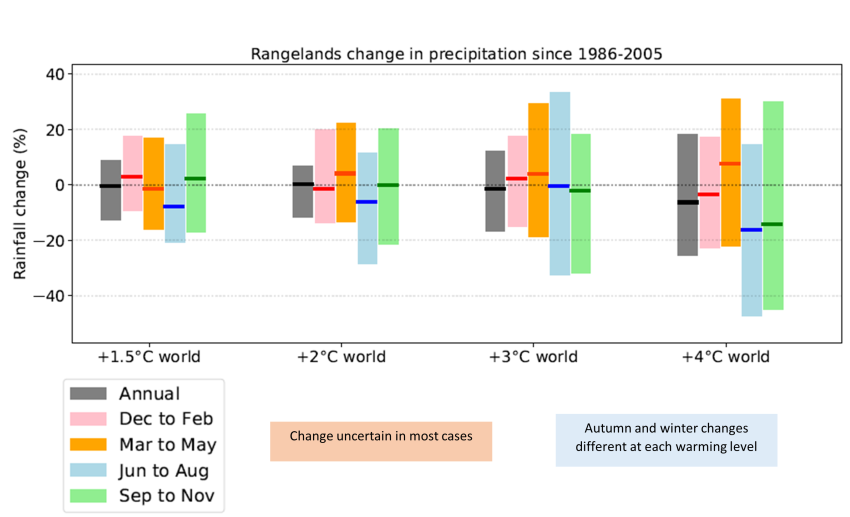 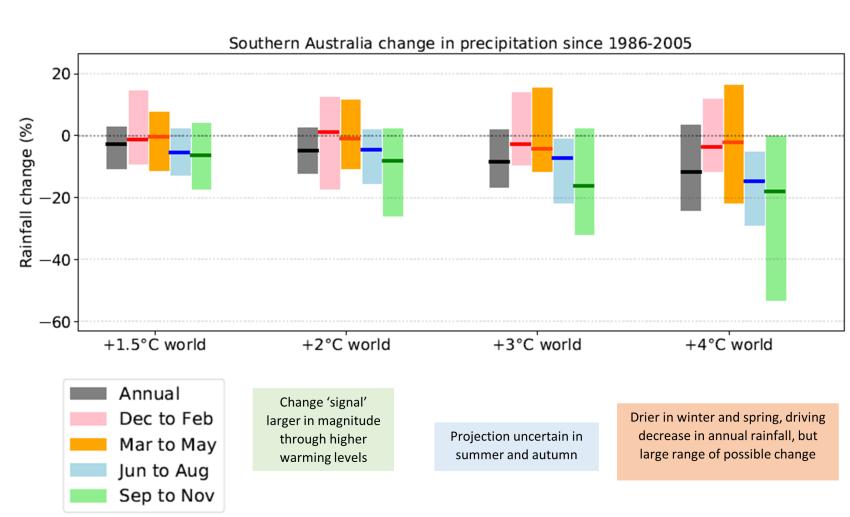