Future climate changes cannot be simply extrapolated from past climate as they are sensitive to the evolution of future greenhouse gas concentration.

A common tool used for climate change projections are global climate models (GCMs). These are mathematical representations of the climate system. Their fundamentals are based on the laws of physics, including conservation of mass, energy and momentum. GCMs are closely related to models used for weather forecasting. Climate models have undergone continuous development for the last three decades, and now incorporate interactions between the atmosphere, oceans, sea ice and land surface. 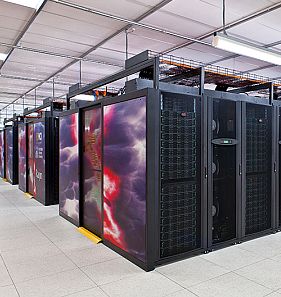 Around the world, many research centres have created global climate models and all of them vary to a lesser or greater degree from each other. This is mainly due to the justifiably different ways some physical processes are mathematically represented in these models. For example, there are many physical processes involved in atmospheric convection leading to the formation of clouds and each one can be modelled in different ways. Differences in the spatial resolution of the models as well as how the model components are "coupled" to each other also contribute to differences between GCMs.

In order to support a systematic evaluation of different climate models and their simulated future climate, a standardised set of model simulations (often called experiments) is necessary. Supported by the World Climate Research Programme (WCRP), the international project on Coupled Model Intercomparisons (CMIP's) is the global framework under which these standardised experiments are realised.

Since a large group of participating modelling centres have run this suite of simulations the details of model performance can be assessed more readily. Some of the simulations are aimed at testing each model's ability to simulate the observed climate (called historical simulations) in order to assess confidence in climate model performance as a whole. Sets of additional simulations allow comparison of climate change under standard scenarios of future greenhouse gas emissions or concentrations.

Without global model intercomparison projects such as the CMIPs, many national and international assessments on future changes to the Earth's climate (such as the Australian or the IPCC Assessments) would not have such a strong scientific foundation as they currently have.